In the last few months before writing this post, there seems to be a sort of a breakthrough in bringing Transformers into the world of Computer Vision.

If I can make a prediction for 2021 - in the next year we are going to see A LOT of papers about using Transformers in vision tasks (feel free to comment here in one year if I’m wrong).

But what is going on inside Vision Transformers? How do they even work? Can we poke at them and dissect them into pieces to understand them better?

“Explainability” might be an ambitious and over-loaded term that means different things to different people, but when I say Explainability I mean the next things:

So we are going to need this for Vision Transformers as well!

In this post we will go over my attempt to do this for Vision Transformers.

Everything here is going to be done with the recently released ‘Deit Tiny’ model from Facebook, i.e:

And we are going to assume 224xx224 input images to make it easier follow the shapes, although it doesn’t have to be.

The rest of this post assumes you understand how Vision Transformers work.

They are basically vanilla transformers, but the images are split into 14x14 different tokens, where every token represents a 16x16 patch from the image.

Before continuing, you might want to read the two papers given above, and these blog posts about them:

A Vision Transformer is composed of a few Encoding blocks, where every block has:

If for every attention head separately, we look inside the second dimension with 197 tokens, we can peek at the last 14x14=196 tokens.

This gives us an image of size 14x14x64 which we can then visualize.

The rows of Q and K, are 64 length feature that represents a location in the image.

We can then think of Q, K and V in the next way: For every image patch with \(q_i\), Information is going to flow from locations in the image that have keys \(k_j\) that are similar to that \(q_i\).

Lets look at an example.

The input to the network is this image of a plane: 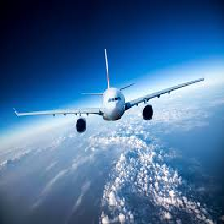 We can now look at the Q and K images in different layers, and visualize them for one of the 64 channels c.

This activation vector is going to be a 14x14 image, with positive and negative values, that seem to be in the range [-5, 5].

Here is a tricky part:

For every location j in K (remember that it comes from one of the 14x14 patches in the original image), we can ask “how is that location going to spread information to other parts of the image?”

To contrast the negative and positive pixels, we’re going to pass every image through a torch.nn.Sigmoid() layer (the bright values are positive, the dark values are negative).

From looking at the Q,K visualizations for different channels I think there are kind of two patterns that emerge.

Pattern 1 - The information flows in one direction

We found an airplane, and we want all the locations in the image to know about this!

How do the Attention Activations look like for the class token throughout the network?

Another thing we can do is visualize how the attention flows for the class token, in different layers in the network.

Since we have multiple attention heads, to keep it simple we will just look at the first one.

If we look at the first row (shape 197), and discard the first value (left with shape 196=14x14) that’s how the information flows from the different locations in the image to the class token.

Here is how the class attention activations looks like through the layers: 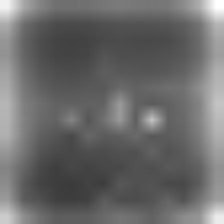 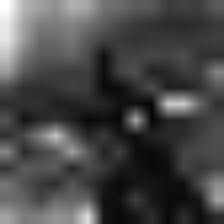 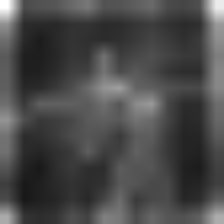 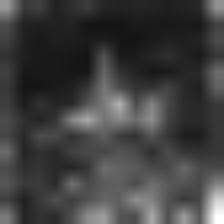 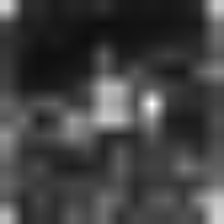 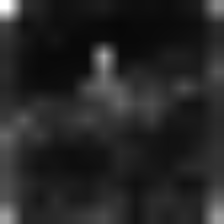 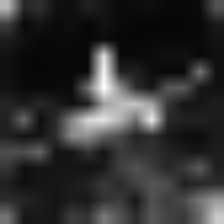 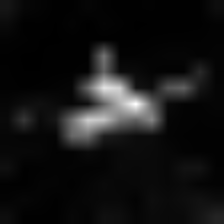 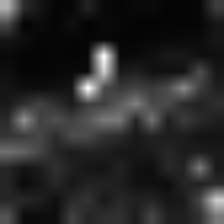 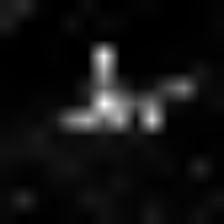 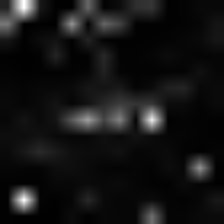 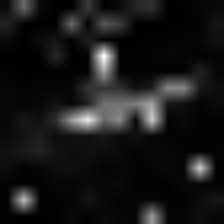 It looks like from layer 7 the network was able to segment the plane pretty well.

However - if we look at consecutive layers, some plane parts are lost, and then re-appear again:

And we can thank the residual connections for this!

Although the attention suddenly discarded parts of the plane (the middle image above), we don’t loose that information since we have a residual connection from the previous layer.

The images above show us how individual activations look like, but they don’t show us how the attention flows from the start to the end throughout the Transformer.

To quantify this we can use a technique called “Attention Rollout” from Quantifying Attention Flow in Transformers, by Samira Abnar and Willem Zuidema

This is also what the authors at An Image is Worth 16x16 Words: Transformers for Image Recognition at Scale suggested.

At every Transformer block we get an attention Matrix \(A_{ij}\) that defines how much attention is going to flow from token j in the previous layer to token i in the next layer.

We can multiply the Matrices between every two layers, to get the total attention flow between them.

However - we also have the residual connections (like we saw in the previous section).

We can model them by adding the identity matrix I to the layer Attention matrices: \(A_{ij} + I\).

We have multiple attention heads. What do we do about them?

The Attention rollout paper suggests taking the average of the heads. As we will see, it can make sense using other choices: like the minimum, the maximum, or using different weights.

Finally we get a way to recursively compute the Attention Rollout matrix at layer L:

We also have to normalize the rows, to keep the total attention flow 1.

Modifications to get Attention Rollout working with Vision Transformers

I implemented this and ran this on the recent ‘Data Efficient’ models from Facebook, but the results weren’t quite as nice as in the An Image is Worth 16x16 Words: Transformers for Image Recognition at Scale, paper.

Results were very noisy, and the attention doesn’t seem to focus only on the interesting part of the image. Trying to get this to work, I noticed two things:

The way we fuse the attention heads matters

For example, here is how the result looks if we take minimum value among the attention heads, instead of the mean value as suggested in the Attention Rollout paper:

Different attention heads look at different things, so I guess taking the minimum removes noise by finding their common denominator.

However, combined with discarding low attention pixels (next section), fusing the attention heads with the maximum operator seems to work best.

We can focus only on the top attentions, and discard the rest

Discarding the lowest attention values has a huge effect in how the results look like.

Here is it how it looks as we increase the portion of attention pixels we discard:

As you can see, the more pixels we remove, we are able to better isolate the salient object in the image.

Finally, here is how it looks like for a few different images:

Edit - it turns out there is another technique out there about this!

Apart from what I implemented below, I refer you to Hila Chefer’s Transformer Interpretability Beyond Attention Visualization and their github repo.

Another question we can ask is - “What in the image contributes to a higher output score in category 42?”

Or in other words, Class Specific Explainability. 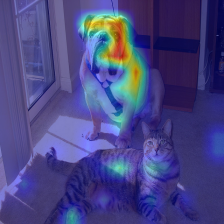 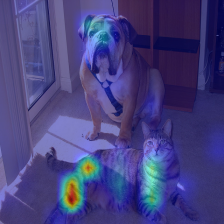 Where does the Transformer see a Musket dog (category 161) and a Parrot (category 87)? 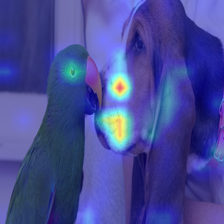 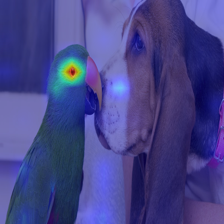 What Activation Maximization Tells us

Another thing we can do, is apply Activation Maximization, to find the kind of image inputs that maximize different parts in the network.

In Vision Transformers the images are split into 14x14 independent patches (that represent 16x16 pixels).

We also see this in the Activation Maximization result below- instead of getting a continuous image, we get 14x14 patches.

Since the positional embeddings are added to the inputs, nearby patches should get more similar outputs.

I think you can see this in the image below - many neighboring patches look similar, but they also have a discontinuity between them.

I guess future work can be about using some kind of a spatial continuity constraint between the patches here (and maybe also incorporate that into how the transformers process the images). 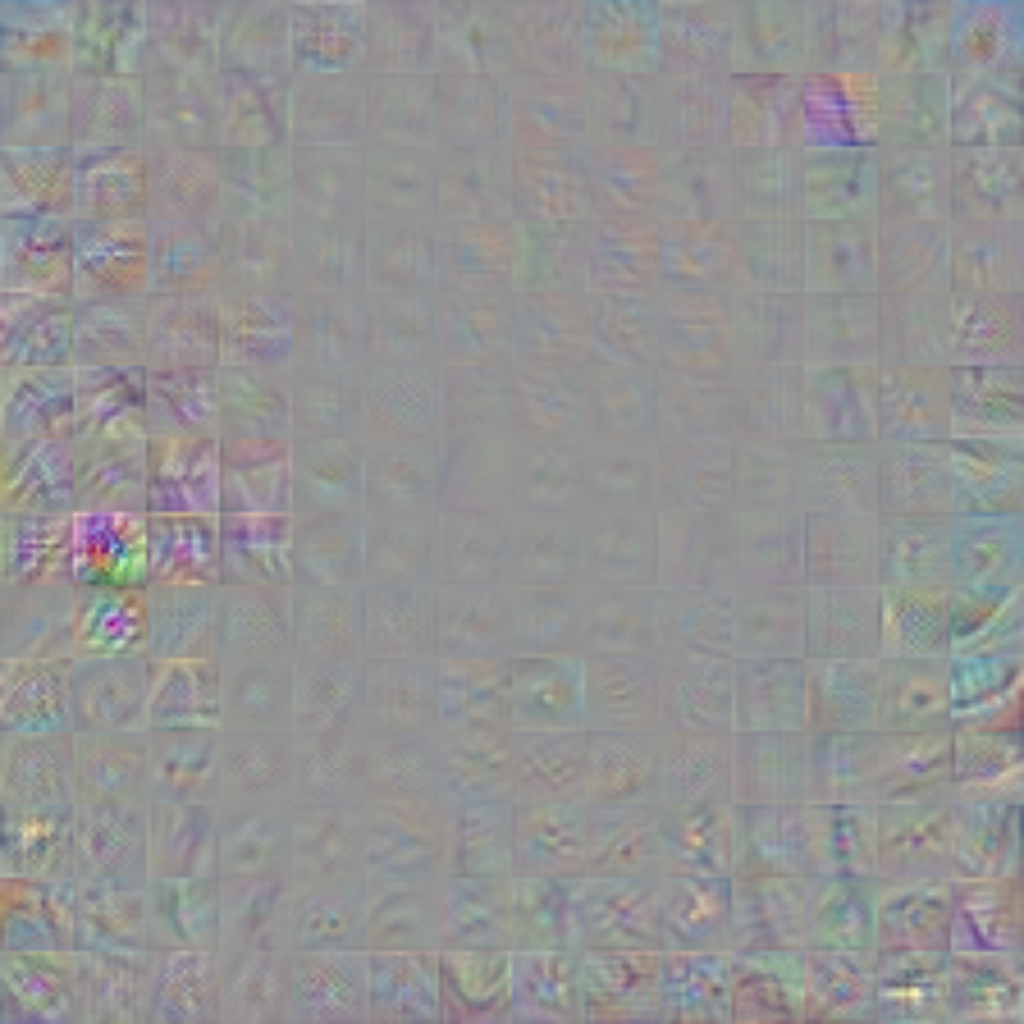 In this post we applied Explainability techniques for Vision Transformers.

This was my attempt to try to better understand how are they working and what’s going on inside them.

I hope you enjoyed.